To share your memory on the wall of Bernice Mitchell, sign in using one of the following options:

The family moved to Stillwater in 1967 with three small children for a temporary
research position with Dr. George Waller for two years. This was the beginning of
Bernice’s community involvement. She became active in the UMW and the League of
Women voters. She started college at 33, all the while Bernice worked to organize a
group of women-students who were either returning or beginning college, like herself.
The group became the Women’s Council with the help of women faculty at Oklahoma
State. She graduated with honors and went to work for Presiding District Judge Ray
Wall as the Bailiff. Judge Wall authorized her to organize a citizen’s review board to help
some felons with alternatives to incarceration. Some local lawyers convinced her to run for County Commissioner because they thought she would be good for county government. She won the first time with 25 votes and easily won a second term. After the Commissioners had failed to get a tax program for county roads, she volunteered to take it on as a project. She organized a county-wide citizens group to develop a plan that people would have to vote every six years to continue it. It has passed several times which proves that people will vote for
taxes, providing they are aware of the results. Bernice was instrumental in the organization of the Mission of Hope homeless shelter and the Stillwater Domestic Violence Center.
She was a United Methodist Woman and served the United Methodist Church. Bernice
was a long-time active member of the League of Women Voters. Her first involvement
was to attend the National Meeting and later serve as local President. She served on
the Governor’s Committee on the Status of Women which eventually became a state
Commission, and she also served as Vice President of the National Women's Political
Caucus. Her work has been for families, with her focus being on advocating for women
and children. That work, the work of advocacy, was her passion.
Due to her work in these fields, Bernice received the following awards: Oklahoma
Women’s Hall of Fame inductee, The OSU Women’s Council Alumnae Award as well as
The Carl Albert Award, which is the highest honor bestowed by the Democratic party.

To send flowers to the family or plant a tree in memory of Bernice Compton Mitchell, please visit our Heartfelt Sympathies Store.

We encourage you to share your most beloved memories of Bernice here, so that the family and other loved ones can always see it. You can upload cherished photographs, or share your favorite stories, and can even comment on those shared by others.

Ray & Virginia Wall, Terry, Cheryl, Ryan, Kim, Stephen, Melissa, & all , and other have sent flowers to the family of Bernice Compton Mitchell.
Show you care by sending flowers

Posted May 13, 2021 at 01:48pm
We are grateful for the gift of Bernice Mitchell, for making our world a better place! Our condolences to Earl and all other family and loved ones.

Posted May 11, 2021 at 02:28pm
Our heartfelt condolences to the Mitchell family for the loss of such an wonderful person. From A Jensen, O Hernandez. L Andre, R Gilbert, M Shelton

Posted May 27, 2021 at 01:42am
Earl and family, I have such fond memories of working with Bernice as a young legal aid lawyer and later as a contact public defender. She was always helpful and supportive in her role as bailiff for Judge Wall. Her pleasant personality and smile was always appreciated ... especially during stressful legal situations. :-) She will be fondly remember by all in the community. 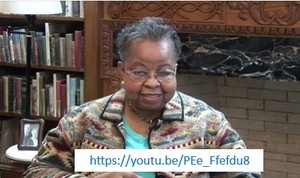 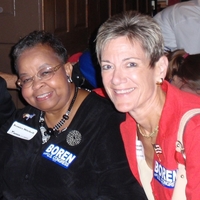 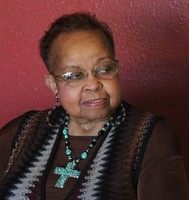 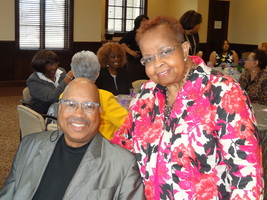